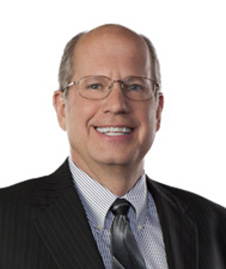 Originally from Cheverly, Maryland, Brian K. Terry obtained his undergraduate degree in Organizational Communications from Brigham Young University in 1980 where he was on the Dean’s List. After graduation, Mr. Terry served as President of T & T Marketing, a nationwide consumer electronics firm. He also served as a safety engineer for a large mining company and was a certified instructor under MSHA, Mine Safety and Health Administration.

Mr. Terry later decided to pursue a legal career and attended Northwestern School of Law of Lewis and Clark College in Portland, Oregon. He received his J.D. in 1987 and moved his family to Las Vegas where he joined Thorndal Armstrong. He was admitted to practice in Nevada in 1987 and is also admitted to the U.S. District Court District of Nevada and the U.S. Court of Appeals 9th Circuit.

When not working, Mr. Terry is an audiophile enthusiast and enjoys listening to all types of music. He also enjoys his collection of performance vehicles and takes pleasure in traveling with his family.