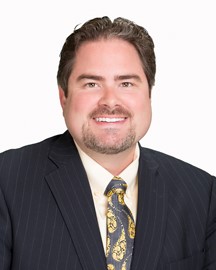 Eban M. Milmeister was born in California, but considers himself almost a native Las Vegan, since he has lived there since 1987. Prior to attending law school, he was a regional manager for a national company contracted with Simon Property Group, a Fortune 500 company. He managed a staff of over 100 employees and oversaw the parking, valet, and various operations and projects for Forum Shops at Caesars Palace, Fashion Show Mall, and Las Vegas Premium Outlets. He then went to law school to follow his life-long ambition of being an attorney. During law school, Mr. Milmeister was an extern for judge James M. Bixler and later was a law clerk for judge Bixler following his graduation from law school.

In his spare time, Mr. Milmeister enjoys traveling, fishing, off-roading, and spending time with his family.