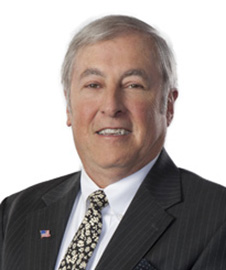 Since 2000 Mr. Armstrong’s practice has focused primarily upon alternative dispute resolution, including mediation, arbitration and case evaluation. To date, he has mediated hundreds of cases. Mr. Armstrong was also a co-chair of the Nevada State Arbitration Committee and a member of the Nevada Short Trial Rules Committee. Nevada designed these programs to act as diversion programs for smaller value cases so as to provide the parties access to justice while improving judicial efficiency. Mr. Armstrong is still active as an arbitrator and short-trial judge in these programs, as well as frequently serving as a private arbitrator.

Mr. Armstrong earned an AV® Preeminent rating by Martindale-Hubbell reflecting his legal talents and dedication to ethical practice. In 2007 and 2011 he was selected as a Nevada Super Lawyer for the services provided to his clients.