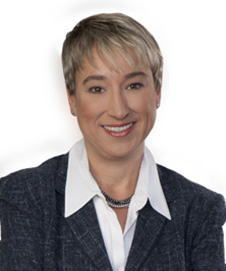 Katherine F. Parks was born in Pasadena, California and lived in a variety of different cities and states before her family settled in Reno, Nevada. She obtained her Bachelor of Science degree in Political Science with a minor in History from the University of Nevada, Reno in 1995. Ms. Parks obtained her law degree in just two years from California Western School of Law having taken summer classes in addition to participating in an internship program with a pro bono legal service in San Diego which focused primarily upon immigration assistance for those seeking asylum in the United States. She received her J.D. in 1997 and made the Dean’s List.

Since joining Thorndal Armstrong in 1997, Ms. Parks has defended clients in both state and federal court in personal injury litigation, including automobile negligence and premise liability, employment law, sexual harassment, discrimination and wrongful termination cases, as well as defense of law enforcement and government entities in civil rights litigation. Ms. Park’s litigation experience also includes defense in construction defect and first party bad faith cases. Her clients include one of the largest construction companies in the country and numerous government entities. She also acts as a court appointed arbitrator in the Second Judicial District Court, Washoe County, Nevada, and as a court appointed Mediator in the El Dorado County Superior Court, in Northern California.