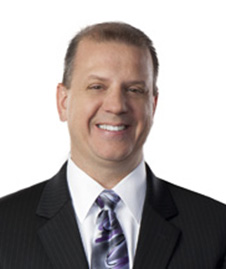 Born in Newcastle Upon Tyne in England, Phil Goodhart moved to Alberta at an early age when his parents decided to immigrate to Canada. He grew up playing hockey and as his talent developed, he was fortunate enough to play at some of the most advanced amateur levels. It was that development that taught Mr. Goodhart the principles of hard work and competitiveness which he continues to draw upon in his legal career.

Mr. Goodhart earned his Bachelor of Commerce degree in 1987 at the University of Alberta. He then decided to move to San Diego, CA with his high school sweetheart and now wife to pursue his legal education. He earned his J.D. from the University of San Diego in 1990. While in law school, he discovered his passion for the courtroom. He participated in various Appellate Moot Court competitions and finished first place in the Jessup International Moot Court Competition. For his numerous successes in law school, Mr. Goodhart was awarded the Order of the Barrister when he graduated. He is admitted to practice in California and Nevada before the U.S. District Court Southern District of California and the U.S. District Court District of Nevada as well as before the California Supreme Court and the Nevada Supreme Court.

Mr. Goodhart joined Thorndal Armstrong in 1994 and became a shareholder in 2000. He has extensive trial experience and focuses his practice in the areas of general insurance defense, insurance coverage issues and bad faith litigation. He has presented numerous CLE seminars in the area of insurance bad faith.