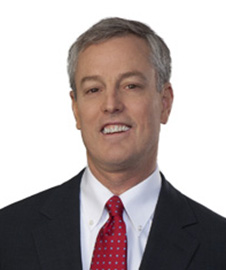 Born in Denver, Colorado, Robert F. Balkenbush enjoyed and was successful in competitive sports. In his senior year, he won the individual state championship in the State of Colorado and set a high school record in pole vault that lasted twenty years. He attended Eastern New Mexico University under an athletic scholarship in basketball and track and obtained his Bachelor of Science degree in 1977.

Mr. Balkenbush followed his brother, Stephen C. Balkenbush, to California Western School of Law from which he received his J.D. in 1980. Once admitted to the Nevada Bar, Mr. Balkenbush worked at the Attorney General’s office prosecuting healthcare professionals and later at the District Attorney’s office prosecuting a wide variety of criminal cases. He joined Thorndal Armstrong in 1996 and currently chairs the Workers Compensation practice group, which is his primary area of practice.