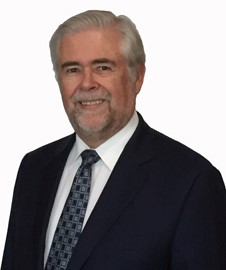 Randolph “Randy” Patton, was born in Victoria, British Columbia, Canada, and also lived and studied in Hawaii and Arizona before settling in Southern Nevada to practice law. In his more than 35 years of practice, he has primarily represented insurers, defended third parties on behalf of insurers, and less frequently represented those who’ve suffered personal injury. He also has a limited commercial, corporate and construction practice.

In addition to vigorously representing clients in the courtroom and on appeal, Mr. Patton also represents clients in all forms of alternative dispute resolution, including settlement conferences, short trial matters, mediation and binding or non-binding arbitrations. Additionally, he served as a Short Trial Pro Tem judge for many years presiding over more than 75 jury and non-jury cases.

A Martindale-Hubbell AV-rated lawyer, Mr. Patton has lectured on first and third party case handling and extra-contractual issues before insurance company representatives and his colleagues. He was a contributing author to the first and second editions of the Nevada Civil Practice Manual, authoring the chapter on “Defaults and Default Judgments.”

Mr. Patton has been happily married since 1982, and lives with his wife in Las Vegas. They have two adult daughters.